Impact of War on Children - Labirint
Choose the language:
You can ask questions or tell us about your experiences here::
help@labirint.org
Donate
Knowledge

War is not only a military operation carried out by soldiers. This is also a humanitarian catastrophe, looting, economic difficulties, and destroyed cities. The civilian population is suffering — primarily women, children, and the elderly who find it physically difficult to fend for themselves or escape quickly.

A child who is in a war zone is subjected to serious danger, both physical and psychological. We will explain how the experience of war affects children and how to take care of their psychological well-being in a difficult situation

In times of war, avoiding civilian casualties is almost impossible. Shelling of artillery often occurs in the vicinity of cities and villages. There may be difficulties with medical care and drug supplies.

As a result, mortality among civilians increases. Especially with children, because they can easily get infections and are less tolerable to cold, hunger, and other hardships of war than adults.

For example, during the First World War, infant mortality in Italy exceeded losses at the front line. In the last year of the war, it was over 45%. In just four years, the war killed more than a million children in Italy under the age of five.

During the post-war years, children whose health was undermined due to hard life in sheltered areas continued to die. Only two years later the mortality rate returned to the pre-war figures. In Russia during World War II, mortality among boys aged 5 to 9 increased by 60 %, and among girls — by 48 %.

Children may also die due to attacks, looting, and violence of soldiers who use their weapon against civilians.

For example, in Afghanistan in 2018, 3,062 children were killed or abused during the armed conflict. In Somalia, where war has been going on for many years, 2,300 children were killed or injured in 2018. In the same year, the UNO recorded 933 cases of child sexual abuse worldwide, and almost a third of them occurred in Somalia.

Сhildren are not the only ones who suffer in war. Such humanitarian catastrophes affect the whole world. For example, due to the present conflict in Ukraine, the prices of healthy food needed by children suffering from malnutrition are rising around the world.

Every year, more than a million children around the world die from malnutrition — that’s one in five deaths of a child under the age of five. To treat children in a state of exhaustion, a special high-calorie diet is used. According to UNICEF forecasts, prices for it can grow by 16% in six months. “A 16% price increase may sound manageable in the context of global food markets, but at the end of that supply chain is a desperately malnourished child, for whom the stakes are not manageable at all,” says UNICEF Executive Director Catherine Russell.

If a child lives in a war zone or near, he/she can be seriously harmed psychologically. “Bombing, starvation, evacuation, deaths of relatives, violence. Moments when people feel like they’re helpless in the face of what’s going on. Without proper treatment, it can cause trauma,” says journalist Sabine Bode, who explores in her books how the war-time experience of a generation affects the following generations.

The first psychological studies of the impact of war on the child’s psyche were carried out after the Second World War. Today, there are many materials devoted to this problem.

“While in a war zone, a child comes face-to-face with death,” stated the Practical Guide to Post-Traumatic Stress Management. — “Traumatic factors are an immediate threat to the life and health of loved ones, death of loved ones, and situations of forced emigration. 70% of the Kuwaiti children who survived the Gulf War developed high or moderate levels of post-traumatic stress disorder.”

The guide also states that teenagers who have been in a war zone can often experience difficulties in education and communication, as well as aggression and depression.

If a child and his family were forced to suddenly leave their home to escape war, this can also lead to post-traumatic stress disorder. The very fact of a sudden migration, a change of country and educational environment, and separation from friends and family are all factors that greatly affect their psychological state.

How to help a child

It is impossible to keep children completely safe and secure, especially if your family is in a war zone or you have been suddenly forced to leave your home to escape danger. But you can help them adapt and make them feel secure. Anastasia Nikolaeva, psychologist and psychophysiologist (Perestroika! project), gives  some relevant advice on Holod media:

Don’t pretend like everything is normal. Even if the situation at the moment seems to be calm, most likely, children will be able to notice from the behavior of their parents that something is wrong. Whilst right now they do not know about what is happening in their country. or their family, they will find out sooner or later, and their trust for adults can be undermined.

At the same time, it is important to give a child no more details than they are ready to perceive and talk the way they would understand. It would not be a good idea to talk about geopolitical problems with preschoolers if they do not ask about it. You can ask a child what exactly worries him/her right now, and answer the questions that they want to discuss.

If your family needs to evacuate, it is better to explain what is happening and that it is not safe to stay where you are anymore. Explain that you are going to a safer place and that you are not leaving alone, as others will join you. Say that you will return home as soon as it is safe there.

Emotions are normal. If the child is scared and sad, it is important to explain that there is nothing wrong or shameful with these emotions, and that you also experience them. At the same time, be prepared that stress can cause emotional regression. Five-year-olds can start to cry all the time like a toddler, while a teenager can rebel and get angry. It is better to take it as calmly as possible, there is nothing unnatural in it.

Find support.  It is important to create at least some kind of safe space and a sense of stability. For example, if possible, adhere to a clear daily routine. Remind the child that there have been wars in history, but they always ended. You can choose a quiet place where none of your family members discuss the military conflict and its dangers.

Share this page on social networks, telegram channels, chats and private messages
This will be a great contribution to the fight against violence 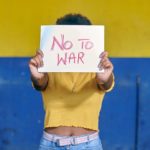 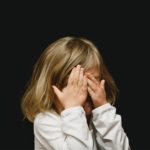 The risks a witness of violence faces

How to understand that a person is subjected to domestic violence 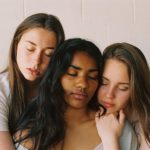 How to communicate with survivors of violence

How we can help

For free and online

We work with 46 organizations around the world. In 18 countries, we have reliable addresses and legal advice, and we are working on instructions for 27 more countries
Open instructions